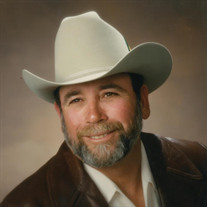 Antonio “Tony” A. Silva, 82, passed away, surrounded by his loving family, on Thursday, March 25, 2021, in Turlock, CA. Tony was born on July 13, 1938 in Modesto, CA, to Antonio and Madeline Silva. He attended grammar school in Modesto and graduated from Downey High School. From 1961 to 1963, Tony served honorably in the US Army and was stationed in Germany. After his discharge, Tony devoted his career to Modesto Irrigation District, working as an electrical foreman until his retirement in 2000. In his spare time, Tony loved to team rope. He also adored spending time with his dogs, horses and cows. A man of faith, he was a member of Sacred Heart Catholic Church. Tony also had memberships in the Turlock Horsemen’s Club and California Cowboys Rodeo Association. On July 27, 1969, Tony married the love of his life, Barbara Ann Borba Silva, in a beautiful ceremony in Carmel, CA. Along with his wife of 51 years, Tony leaves behind his step-sister, Pat Christie (Bill) of Santa Cruz, CA; his brother-in-law, Ernie Borba of Sparks, NV; sister-in-law, Mary Ann Freitas (George) of Ceres, CA; along with four nephews and three nieces. A visitation will be held from 4:00 p.m. to 6:00 p.m., with the Rosary at 6:00 p.m., on Thursday, April 22, 2021, at Turlock Funeral Home, 425 N. Soderquist Rd., Turlock. The Funeral Mass will be held at 12:30 p.m. on Friday, April 23, 2021, at Sacred Heart Catholic Church, 1200 Lyons Ave., Turlock. Following the Mass, Tony will be laid to rest at Turlock Memorial Park. A reception will be held after the conclusion of the burial at Turlock Horsemen’s Club, 1506 S. Tegner Rd., Turlock. Memorial donations can be made in Tony’s honor to the American Heart Association, www.heart.org; Stanford Health Care, www.medicalgiving.stanford.edu; or Stanford University, www.makeagift.stanford.edu.

The family of Antonio "Tony" A. Silva created this Life Tributes page to make it easy to share your memories.

Send flowers to the Silva family.