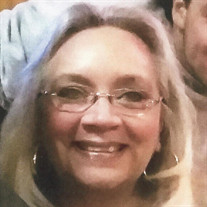 At age 66, Carolyn Bernal passed away in the presence of her family, on the 17th day of November at home in Modesto, CA. She was born the 2nd of December 1955 in Hawthorne, California to the loving arms of Aldie Bernal and Elizabeth Gastelum Bernal. Carolyn grew up in Hawthorne, California and received her primary education at Hawthorne Christian School, Acacia Baptist School, and Hawthorne High School. Carolyn also received further education at El Camino College and San Diego State University, La Jolla. Carolyn would later move to the Central Valley area in California to be with her family where she would reside until her last day. During Carolyn’s formative years her father and mother were active members within their church and the various community organizations they partnered with to make a positive change in their community and give people the opportunity to learn about the love of God. This early exposure to kindness and brotherhood instilled within Carolyn the want and drive to work to try to improve the lives of people in her community and give them the chance to learn more about God. Carolyn’s first major step to this was when she was hired by KLOC Channel 19, now known as Univision, in 1978 where she worked for 25 years. Starting as a production assistant, Carolyn worked her way up to become director of public affairs, and would be responsible for the production, directing, and writing of several commercials, live programing, news, and telethons. In addition she was the talk show host and reporter for the weekly public affairs programs that aired on KUVS channel 19 in Modesto and KREN Channel 27 in Reno, Nevada. For Carolyn’s work, she would receive several awards and recognitions for her work throughout the Central Valley. The most humbling award and recognition Carolyn would receive came from the California Highway Patrol and the Department of Business, Transportation, and Housing for the state of California. The awards and recognitions were from the 2002 National Commission Against Drunk Driving and Amiga of the Year for 1999 from El Concilio - Council for the Spanish Speaking. While Carolyn would retire from Television in 2004 her work for the community would continue for another 4 years with the Hispanic Chamber of Commerce (HCCSC) as its first female CEO and would also serve on the board of directors for the United Way, Modesto Chamber of Commerce, the Modesto Symphony, Modesto Crime Stoppers and would also sit on the advisory council for El Concilio, CSUS President's Advisory Council, and a member of the Modesto Charter Review Committee. Under Carolyn’s leadership the HCCSC would establish a partnership with the California State University, Stanislaus and Universidad Regiomontana, Monterrey, Nuevo Leon, Mexico, College of Business in order to develop a student and faculty exchange program. The HCCSC would become the second Hispanic Chamber in the state to receive funds from Wells Fargo for a Microloan program that would make loans available to startup businesses and businesses that did not qualify for loans at other financial institutions. All throughout this journey she spread the love of God to all who would listen. Carolyn is survived by her father Aldie, her brothers Del and Eric, her sons Joshua and Joey, and her other relatives who loved her dearly as a daughter, sister, mother, aunt, and friend alike.

At age 66, Carolyn Bernal passed away in the presence of her family, on the 17th day of November at home in Modesto, CA. She was born the 2nd of December 1955 in Hawthorne, California to the loving arms of Aldie Bernal and Elizabeth Gastelum... View Obituary & Service Information

The family of Carolyn Elizabeth Bernal created this Life Tributes page to make it easy to share your memories.

At age 66, Carolyn Bernal passed away in the presence of her...

Send flowers to the Bernal family.