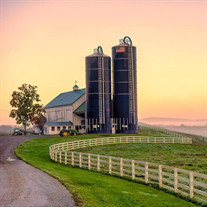 David was born in Detroit, MI and ascended from this life in Turlock, CA. He was born to George and Cleo Spencer in 1957, and was the youngest of four children. David’s life journey led him to call several places his home. As a child, he lived six years in Detroit, Michigan; then moved with his family to Berkeley, California for three years; and then to Hilmar, California for sixteen years. As an adult, he moved to Turlock, California and lived there for thirty-nine years until his passing. While living and growing up in Hilmar, David was involved in numerous activities. He took ballet for three years, he was in band from elementary school through high school, and was a 4-H member until he entered high school where he joined FFA. While in 4-H he was part of the dairy group and shoed his animals at many fairs, winning numerous ribbons. While participating in band, he was a member of a group who won countless medals and trophies. As a member of FFA, he showed animals and was on their judging team. He graduated from Hilmar High School in 1975. After graduation, he went on to attend MJC for one year before entering the work force. His primary job was working on the family dairy. David was multifaceted and used those facets throughout his life. He was very interested in computers and was self-taught in the repair and rebuilding of them. He also had learned to code and program computers, and was able to repair radios and stereos. Being raised on a farm, David began to learn how to do everything necessary for the family farm/dairy to be self-sufficient. He was taught by his father the art of artificial insemination, ensuring he would be able to select the correct semen, to raise higher quality offspring than its mother. He worked for Landmark Genetics in Hughson, California as a data entry clerk for several years before the company moved its headquarters. He was a DJ for a local station for several years. David attended the First Presbyterian Church of Turlock as a youngster. In later life, he attended Crossroads (formerly Evangelical Free). He attended church regularly until his health would not allow it. David was preceded in death by his parents, George S. and Cleo P. Spencer; maternal grandparents, Mentha Rogers and Isiah Jackson; and paternal grandparents, Themus and Inez Spencer. He leaves to carry on his legacy two daughters, Victoria E. and Sarah J. Spencer; brothers, George M. and Thomas A. Spencer; sister, Adria Spencer Sanders; as well as one grandson, Jaxon Ortega, and numerous nieces, nephews and cousins. A viewing is scheduled from 4:00 p.m. - 7:00 p.m. on Thursday, August 5, 2021, at Turlock Funeral Home, 425 N. Soderquist Rd., Turlock, CA. A funeral service will be held at 10:00 a.m. on Friday, August 6, 2021, at the First Presbyterian Church, 2619 N. Berkeley Ave., Turlock, CA, with a burial following at Turlock Memorial Park. Following the burial, a luncheon is to be held back at First Presbyterian Church from 12:00 p.m. - 2:00 p.m. Donations can be made in David’s honor to Americans with Disabilities.

David was born in Detroit, MI and ascended from this life in Turlock, CA. He was born to George and Cleo Spencer in 1957, and was the youngest of four children. David&#8217;s life journey led him to call several places his home. As a child,... View Obituary & Service Information

The family of David Victor Spencer created this Life Tributes page to make it easy to share your memories.

David was born in Detroit, MI and ascended from this life in...

Send flowers to the Spencer family.