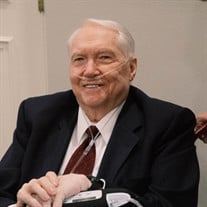 Edwin “Ed” Hellam, 82, passed away peacefully on December 8, 2021, with his beloved wife and son at his side. Ed grew up in Hemet, California, before enlisting in the US Army at the age of 20. His military service spanned 21 years and five continents. His decorations include the Army Oak Leaf Commendation Medal, six awards for Good Conduct, National Defense Service Medal, Vietnam Service, Campaign Medals, and Vietnam Cross of Gallantry with Palm. In the early 1980s, he worked as a technical writer for General Dynamics before leaving government work entirely. He ventured into a new business with his wife and business partners, the Gauthiers. They opened and operated Little Caesar franchises in the Central Valley together for 17 years. A regular MacGyver, Ed had remarkable and surprising talents. He was an excellent golfer. He was a skilled wood worker crafting highly coveted wooden keepsake boxes. An avid fly fisherman, he tied his own flies, which he enjoyed losing along the Snake River in Wyoming. He was a ham radio operator. He is fondly remembered by all who knew him for being able to fix almost anything broken. Even as his health declined and mobility became more challenging, he enjoyed adventures with his son, grandson, and friends, in the virtual world, on his multi-screen computer. He also participated in regular video calls from his grandchildren, whom he greatly cherished. He is lovingly remembered by his wife of 58 years, Marylee; by his children, Anita (Carlos), Scott (Shelly), Matt (April) and Kristy; by his four grandchildren; by his sister Sue Van Buren; and by his many nieces, nephews, cousins, and friends. There will be a memorial service at All Saints University Parish Catholic Church at 11:00 a.m. on Thursday, January 6, 2022. The family has requested a charitable donation to Wounded Warriors Project in lieu of flowers. Interment will take place at Texas State Veterans Cemetery in Killeen, Texas late January 2022.

Edwin &#8220;Ed&#8221; Hellam, 82, passed away peacefully on December 8, 2021, with his beloved wife and son at his side. Ed grew up in Hemet, California, before enlisting in the US Army at the age of 20. His military service spanned 21 years... View Obituary & Service Information

The family of Edwin "Ed" Hellam created this Life Tributes page to make it easy to share your memories.

Send flowers to the Hellam family.