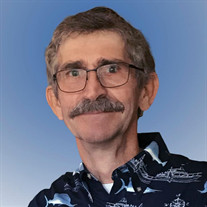 Frank Benjamin Denis Jr. was called to be with his Lord and Savior on Monday, March 28, 2022. A lifelong resident of the Turlock area, Frank was born to Frank Sr. and Vetra “Tommy” Denis on September 14, 1951, in Turlock, California. He was raised in Turlock, and he graduated from Turlock High School in 1969. He went on to briefly attend CSU Stanislaus, where he would meet his future wife, Wendy Holmes Denis. Over the years, Frank owned and operated several businesses along with his family. The primary venture being Denis RV Center. He was an active member of two church congregations over the years, Harvest Presbyterian Church of Ceres and Cornerstone Covenant Church of Turlock. Frank participated in many adult league sports including softball, basketball, and volleyball. He also coached his girls in softball and soccer. Frank was preceded in death by both of his parents. He is survived by his wife of nearly 50 years, Wendy Holmes Denis of Ceres; his daughters, Melissa Denis Gonsalves of Hilmar and Melinda Denis (Spencer Toy) of Pleasanton. Frank was the proud papa to five grandchildren, Xander and Julia Gonsalves of Hilmar, Eliza, Isabelle, and Andrew Toy of Pleasanton. He also leaves behind his three siblings, Bruce Denis, Sherry Wilson, and Karen Kitchell, and many nephews, nieces, aunts, and cousins. A memorial service will be held at 10:30 a.m., on Thursday, April 14, 2022, at Cornerstone Covenant Church in Turlock. In lieu of flowers, please make donations to Community Hospice.

The family of Frank Denis Jr. created this Life Tributes page to make it easy to share your memories.

Frank Benjamin Denis Jr. was called to be with his Lord and Savior...